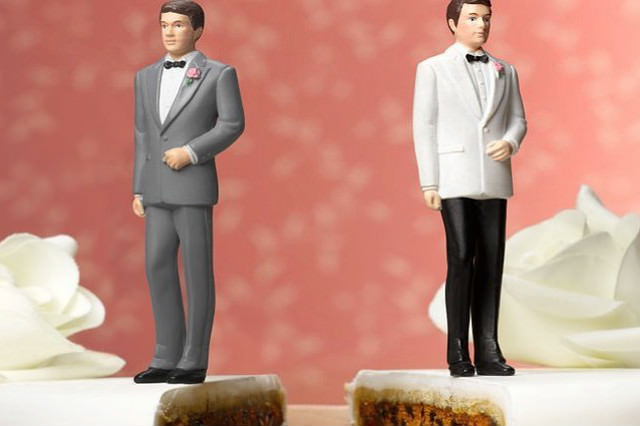 But up until June 26, 2015, these couples had no legal way to disentangle themselves from one another (Same Sex Divorce). Sara and Jane who went to Massachusetts to get married in 2012 but separated in 2014, were left without any legal recourse when they returned to Ohio. Things become even more complex if they bought a nice home together in Clintonville or if Jane adopted twins.

Now, it is a new day, and Sara and Jane have the freedom to divorce like any other couple in the state. However there are still a few issues to consider that are unique to same sex couples and that you should bear in mind before seeking a same sex divorce.

Often if a same sex couple comes to me and would like to end their marriage to their former partner, they have already separated and made a fair and equitable division of their real and personal property. If the same sex couple has been separated for a while, time may have healed most of the emotional wounds, and the goal may be purely to cross the legal “t’s” and dot the judicial “i’s” so that everyone can move on with their lives. If this is the case, then a Dissolution may be more appropriate for you.

Dissolutions require that the parties come to an agreement on everything concerning their relationship from division of assets and debts, custody of the children, all the way down to the last candlestick. Another benefit of a dissolution is often the parties can use one attorney to draft all the necessary documents and walk the case through the legal process. There is usually only one final hearing for the judge to hear testimony on the record to acknowledge the Separation Agreement and issue a Decree of Dissolution.

In a Contested Divorce on the other hand, things can be far more complicated and time consuming. If the parties to the same sex divorce cannot agree on a fair and equitable settlement of the issues in their marriage, it is left to the court to make findings of fact and issue a determination after trial.

Many same sex couples choose to expand their family by having or adopting children, or as is sometimes the case, parties brought children into the marriage from a prior relationship. Before moving ahead with a same sex divorce or dissolution, the couple should hire a same sex family law attorney to petition the Juvenile Court for an order of shared custody. Shared custody acknowledges that the role of the non-biological/legal parent is valued and that their continued involvement in the life of the child(ren) is in the child’s best interest.

When the court considers granting spousal support, or other legal issues, the date and length of the marriage is taken into account. With same sex couples, there is sometimes a difficulty.

Overall, couples in a same sex marriage have the same difficulties and issues as any other couple. If you have questions about what the Court will do with your unique legal situation, contact our Columbus Ohio same sex divorce attorney.

Don’t hesitate to learn more about how we can protect your rights in Same Sex Divorce in Ohio.
Contact our Columbus family law firm today!